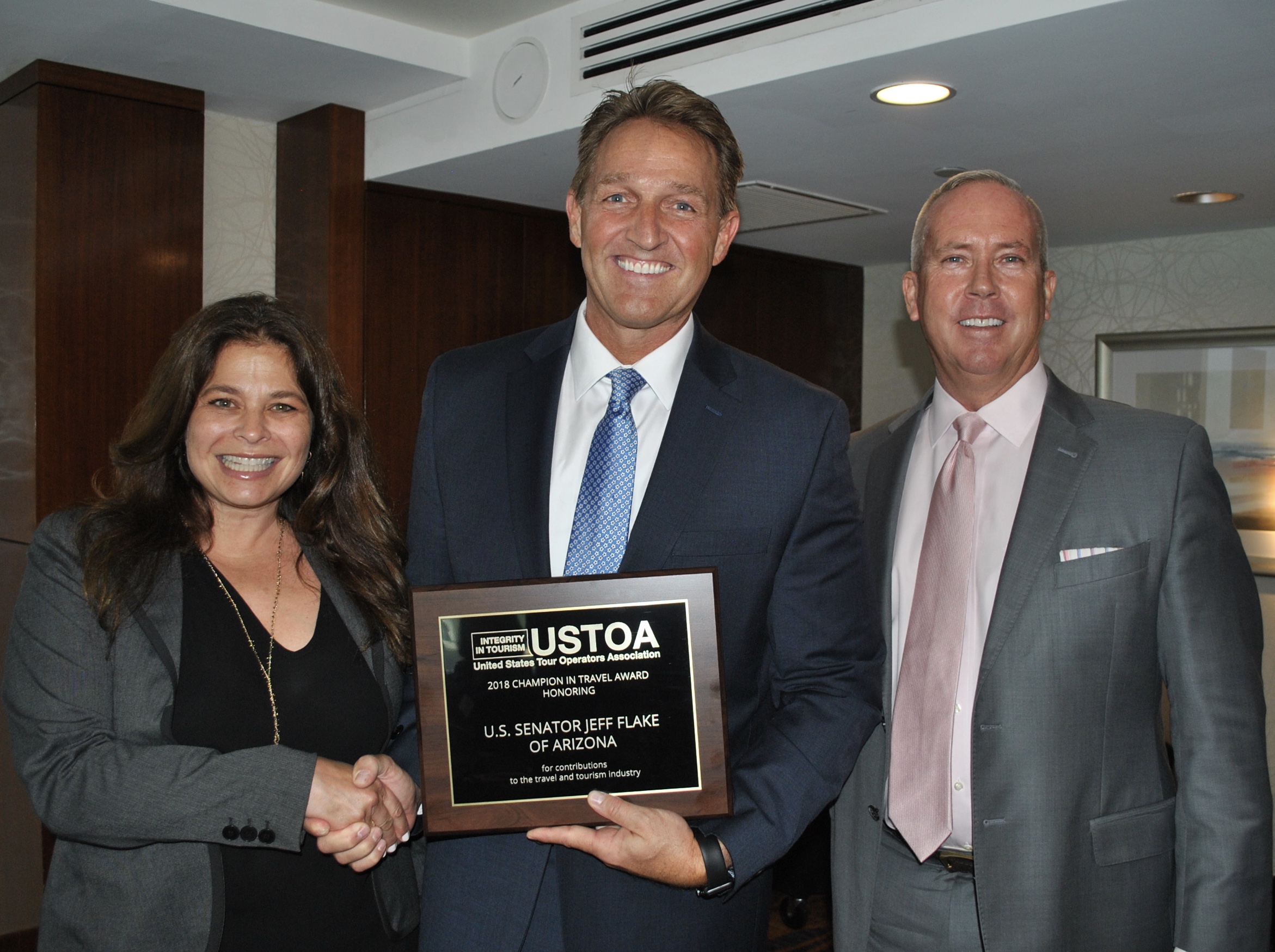 While presenting the award to Senator Flake, USTOA Chairman Dana Santucci, vice president of Development at EF Education First, remarked, “Senator Flake’s unwavering commitment to issues related to our industry over the years has been a driving force in bringing the travel and tourism industry to its current state as a huge economic driver of our nation.”

Santucci highlighted Senator Flake’s contributions as a leading voice on relaxing U.S. travel restrictions to Cuba through both his words and bipartisan actions. She also applauded his denunciation of President Trump’s proposed travel ban, and his full support of the Visa Waiver Program, a key issue for the members of USTOA.

“It is with great honor that we award Senator Jeff Flake with the USTOA Champion in Travel Award, making him the second recipient of this award in the association’s 45-year history,” said Santucci.

USTOA had more than 50 active and associate members participate in this year’s Congressional Caucus, held June 18 and 19 in Washington, D.C.  In addition to Senator Flake, noted speakers included Representative Frank A. LoBiondo (R-NJ-02), Chairman of the House Aviation Subcommittee; Isabel Hill, Director, Office of Travel and Tourism Industries from the U.S. State Department of Commerce; Donald Leadbetter, Tourism Product Manager for the National Park Service, Todd Hauptli, President & CEO of the American Association of Airport Executives, and Blane Workie, Assistant General Counsel for the Aviation Enforcement and Proceedings, US Department of Transpiration.

Representing nearly $15 billion in revenue, the member companies of U.S. Tour Operators Association provide tours, packages and custom arrangements that allow 8.6 million travelers annually unparalleled access, insider knowledge, peace-of-mind, value and freedom to enjoy destinations and experiences across the entire globe. Each member company has met the travel industry’s highest standards, including participation in the USTOA’s Travelers Assistance Program, which protects consumer payments up to $1 million if the company goes out of business.