USTOA Meets With The President of Ethiopia and Industry Leaders 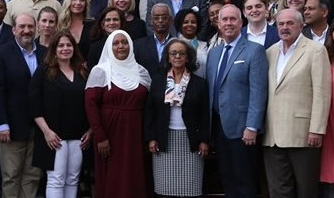 NEW YORK – April 3, 2019 – Terry Dale, president & CEO of the United States Tour Operators Association, led 40 tour operator members and guests to Ethiopia this week for its annual out-of-country board meeting. The delegation was greeted by industry leaders and members of the Ethiopian media throughout the visit, which began on Sunday, March 24.

The week culminated with an audience with President of Ethiopia Sahle-Work Zewde on March 30, who invited the delegation to discuss the tourism industry and future opportunities for continued growth.

The week kicked off with an industry event hosted by Ethiopian Airlines on March 26, which was also attended by US Ambassador to Ethiopia Michael Raynor. Tourism partners met with the USTOA members during a working reception followed by a dinner.

On the morning of March 25, USTOA Chairman Dana Santucci presented a donation of a $5000 to Mrs. Meskerem Assegued, co-director, for the newly formed school at the Zoma Museum in the capital city of Addis Ababa. Poised for expansion, the kindergarten in this internationally recognized center for the arts serves local children.

“Over these seven days of exploration, from the capital of Addis Ababa to the rock-hewn churches of Lalibela and many hundreds of miles in between, we are here to meet with industry leaders and partners to educate ourselves about Ethiopia and discover how our members can grow their current travel programs and introduce new experiences,” said Santucci. “Ethiopia was already on the radar of our tour operator members, and we are here in solidarity to help bring additional awareness and business to the thriving tourism economy.”

Santucci added that, for the first time, Ethiopia was named one of the top 10 emerging destinations in USTOA’s most recent PwC Economic Impact Study.

Planned three years ago, Ethiopian Airlines and USTOA jointly decided to move forward with the scheduled events in spite of the recent tragic event.

“It is with great respect for our tourism partners in Ethiopia that we made the decision collectively to continue with the out-of-country board meeting,” said Dale. “We believe it was the right decision and the strongest sign of support possible to help build the tourism industry.”

The World Travel & Tourism Council recently announced that Ethiopia’s travel and tourism economy grew nearly 50% in 2018 over the prior year, the largest of any country in the world. Tourism contributed US $7.4 billion to the Ethiopian economy in 2018, an increase of US$2.2 billion more than 2017, which was primarily driven by leisure travelers. In 2018, 79% of visitors in 2018 were leisure vs 21% business; and 77% of the growth was from international visitors.

Everything You Need To Know About REAL ID

In order to board a commercially regulated aircraft on October 1, 2020, travelers must possess a REAL ID compliant travel document. 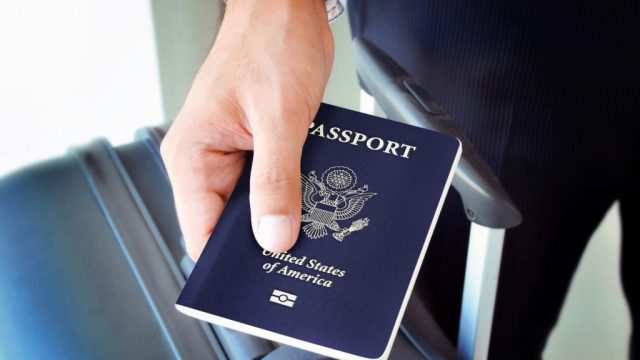 There's nothing more exciting (and tasty!) than eating your way through a destination. And there's no easier way to do it than on a food tour that uncovers a world of authentic culinary experiences - complete with local guide, bucket-list sites and small group of like-minded adventurers.
USTOA $1 Million
Travelers Assistance Program