I arrived to Manitoba, Canada, for my polar bear expedition with Tauck, and within my first thirty minutes at the Inn at the Forks in Winnipeg, I knew that I was not only in another country: I had entered another world.  Words like Inuit, mushing, ptarmigan, grouse, dainty and Inukshuk were mingled into my conversation with a young woman named Dene who welcomed me from Travel Manitoba, and I tried to decipher with context clues what these words actually meant.

Our group hopped a chartered flight the next morning to Churchill, the polar bear capitol of the world.  Churchill is accessible only by plane or train, but plane is definitely the way to go: it’s a forty hour train ride from Winnipeg, due to environment factors and land conditions.  We arrived to the warm Lazy Bear Lodge, our outpost over the next few days as we explored this remote Canadian town and searched for its most famous inhabitants. 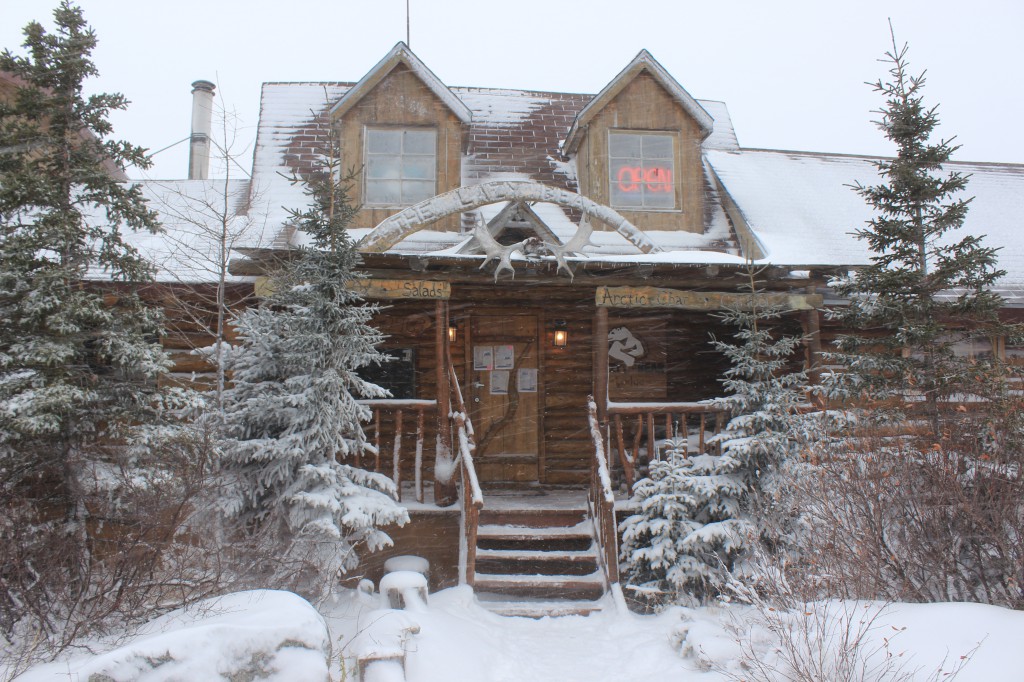 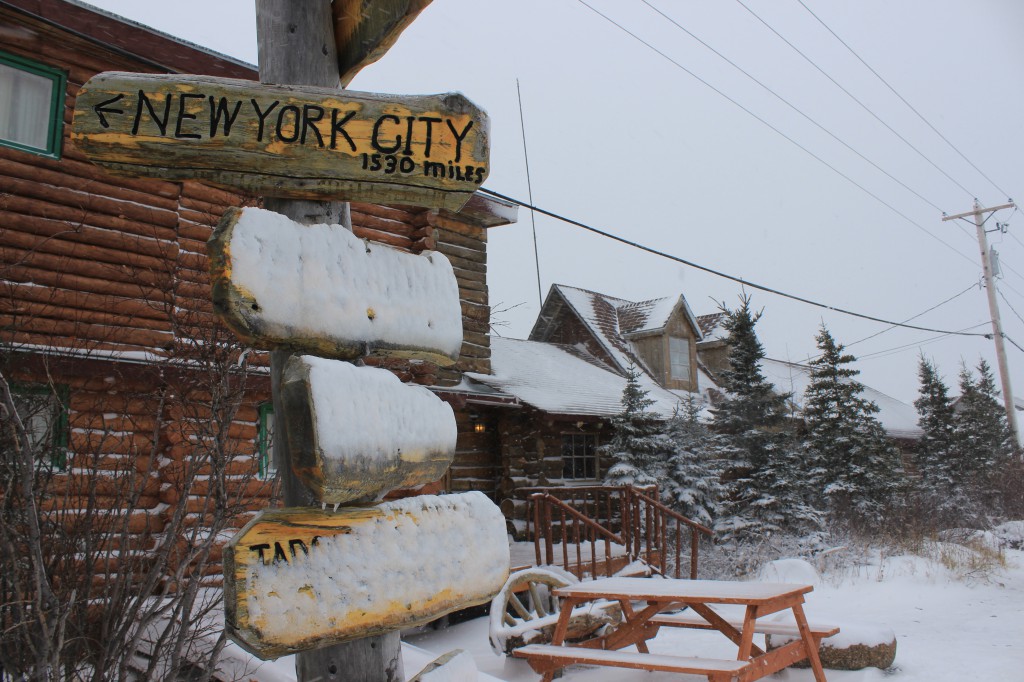 The culture of Churchill is a microcosm of Manitoba, as its year-round inhabitants have had to become resourceful and inventive in order to live here with its harsh weather conditions.

There is an open-car-door policy in this town: everyone is required to leave the doors of their cars unlocked, in the case that a resident is walking around and gets approached by a bear.  Colin, our local guide for the trip, as well as Dale, our Tauck guide and also a Canadian, explained the protocol to us: “If you’re walking around and you see a polar bear, just jump into the closest vehicle and start honking the horn to scare it off– or at least, to notify people close by of the situation.”  This was definitely a different kind of street awareness from what I deal with in New York City. 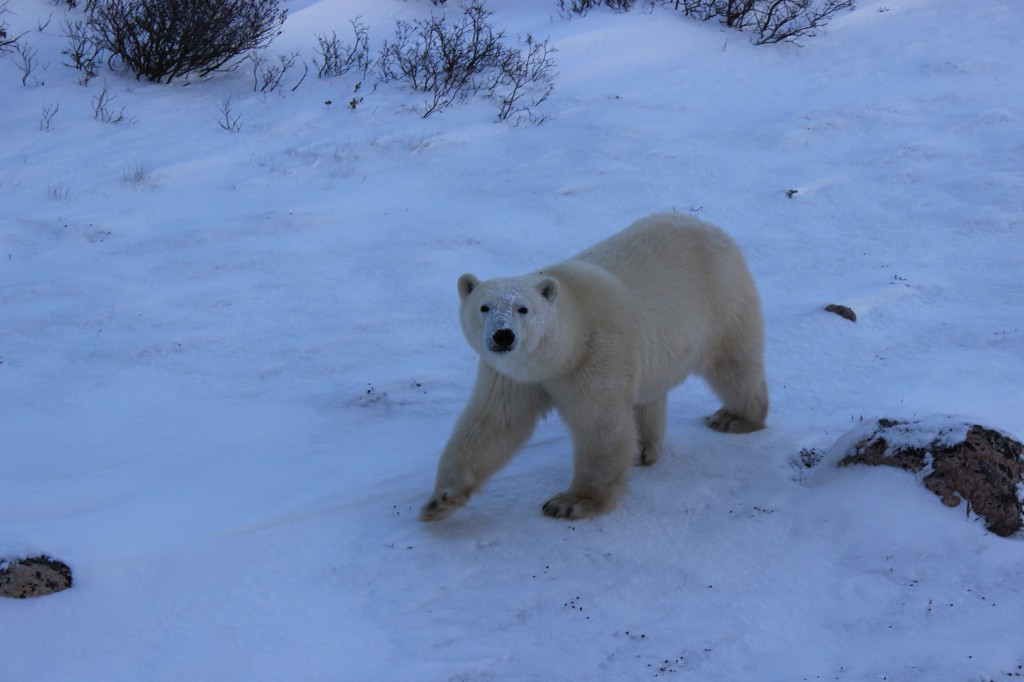 A majestic polar bear, spotted on our Tauck expedition.

In this place, polar bears are equally feared and respected.  All Churchillians, as they fondly call themselves, know that the bears ruled this land way before they ever got here, and every effort is made to keep humans and bears living in harmony with one another.  There is a polar bear alert team that stands watch on the town’s borders in the effort to minimize any bear-to-human contact.  If that contact cannot be diverted and a bear engages in behaviors like coming in to town, attempting to break into homes or if it does anything that could potentially threaten the safety of Churchill’s residents, it is deemed a “bad bear” and put into “bear jail.”  Formally known as the Polar Bear Holding Facility (but called bear jail by all of the locals), this is a holding facility for up to eight “inmates” who are detained and then released out on to the Bay as soon as the ice forms.  The polar bear is the only bear that will actually stalk people and is extremely stealthy; people have learned to adapt, but a great reverence for nature is at the forefront of life in Churchill. 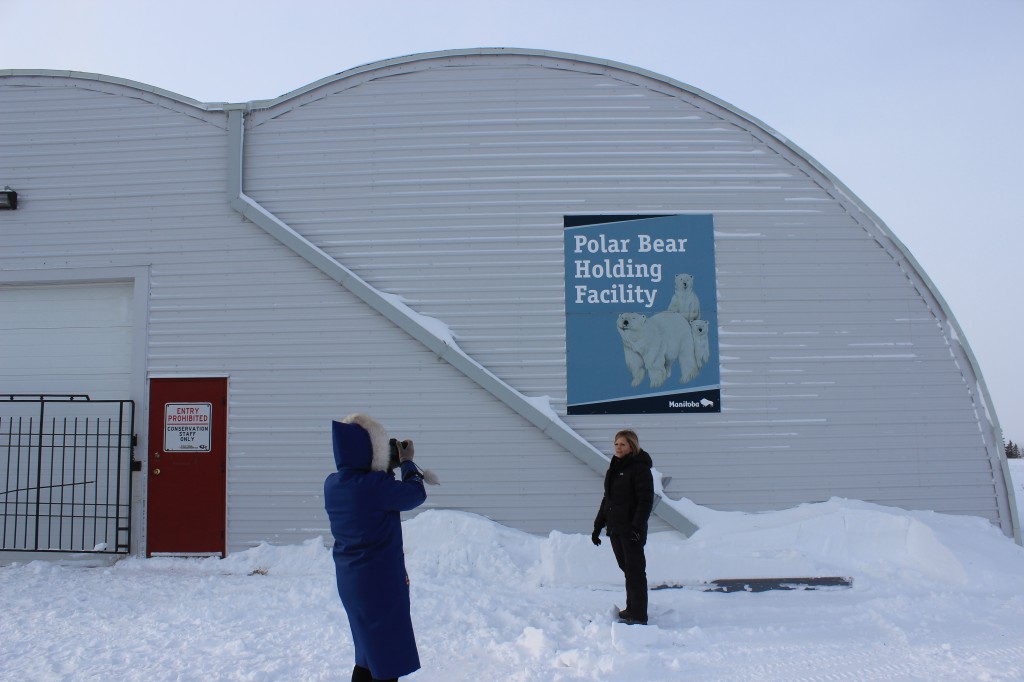 The Polar Bear Holding Facility. Humans cannot enter, as the goal is to keep the bears from becoming desensitized to human interaction.

The people here have all adjusted to a different way of life: the shipping season is incredibly short, as summer just lasts for a few months.  A ship isn’t insured if it is in these arctic waters past October 31st, so in Churchill, Christmas in July really does exist.  If you have ordered something at any point in the year and are waiting for it to come via ship (as most heavy items do for the sake of cost), it comes in July.  Everyone in the town goes down to the docks and there is a huge celebration– that t.v. or snowmobile you ordered six months ago, has finally arrived.

Life in Churchill at Dave Daley’s Wapusk Adventures, where you can discover the culture of dogsledding and experience it for yourself.

Tauck seeks to make every experience incredibly special, with unique and customized glimpses into a place and its culture.  One evening, we went to meet a Maite woman in her seventies named Myrtle, who uses storytelling to conserve her culture.  She has built a museum in Churchill full of personal and familial belongings, a museum that she has gifted to the city with the hopes that it will carry on the the legacy of her life and her people, long after she is gone. 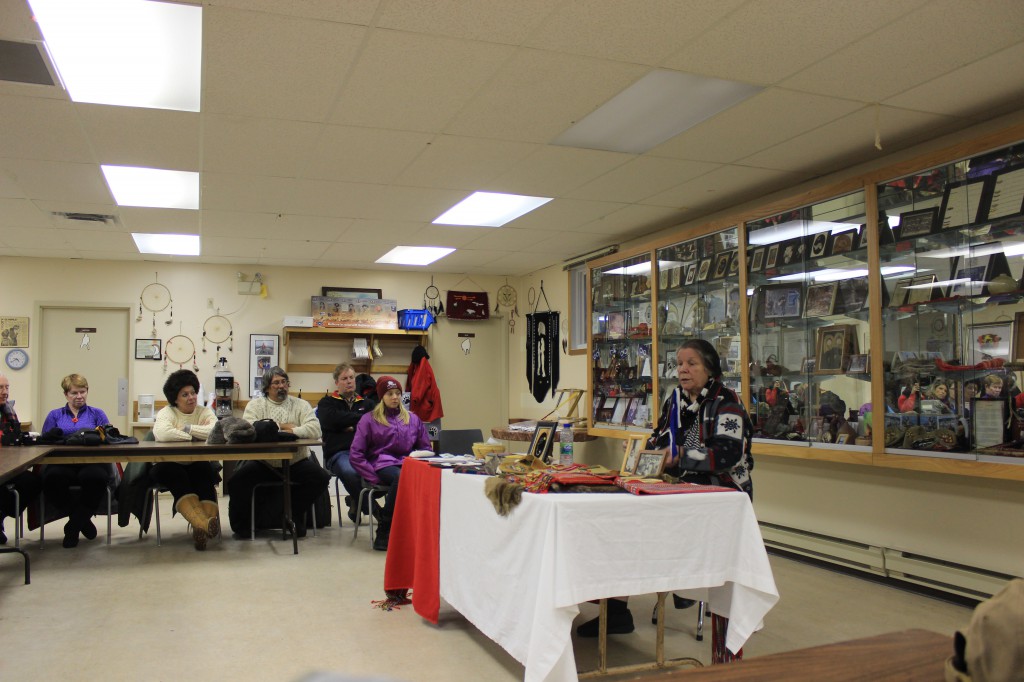 We gather around as Myrtle tells stories of her childhood, of styling her hair with bear grease and of what it was like growing up as a trapper’s daughter.  “Nobody wants a skinny woman,” she says.  “The worst thing about a skinny woman is she wasn’t that cuddly.  The men went for the biggest, hottest woman they could find to keep them warm in the winter.”

She continued on and had us all laughing and wide-eyed about her life here, and how it could be so incredibly different from our own– and even from the lives of people in her same country.  Anything or anyone below Churchill is referred to as the “south” or as “southerners,” and  rightfully so: only true people of the north have been able to adapt and carve out a life here over the past several thousand years. 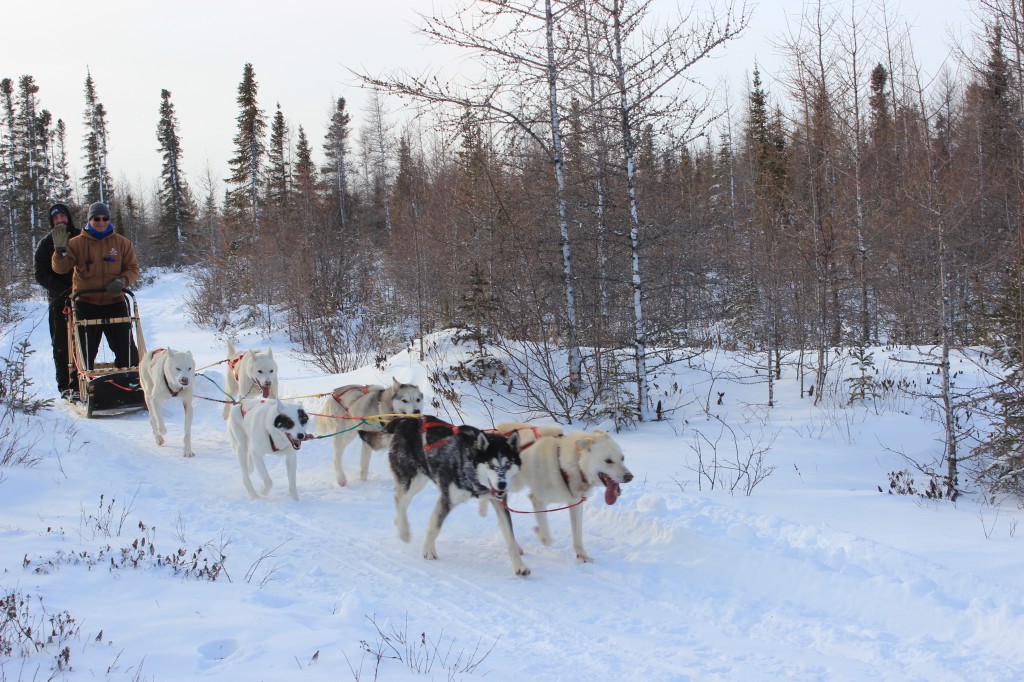 We returned back to the Lazy Bear Lodge and Cafe, and I ordered a bison steak, mashed potatoes and some steaming hot tomato soup.  I figured I needed to put a little more meat on my bones– to keep me warm, and because skinny women don’t belong in these parts.  With a full belly and a happy heart that evening, I drifted off to sleep. 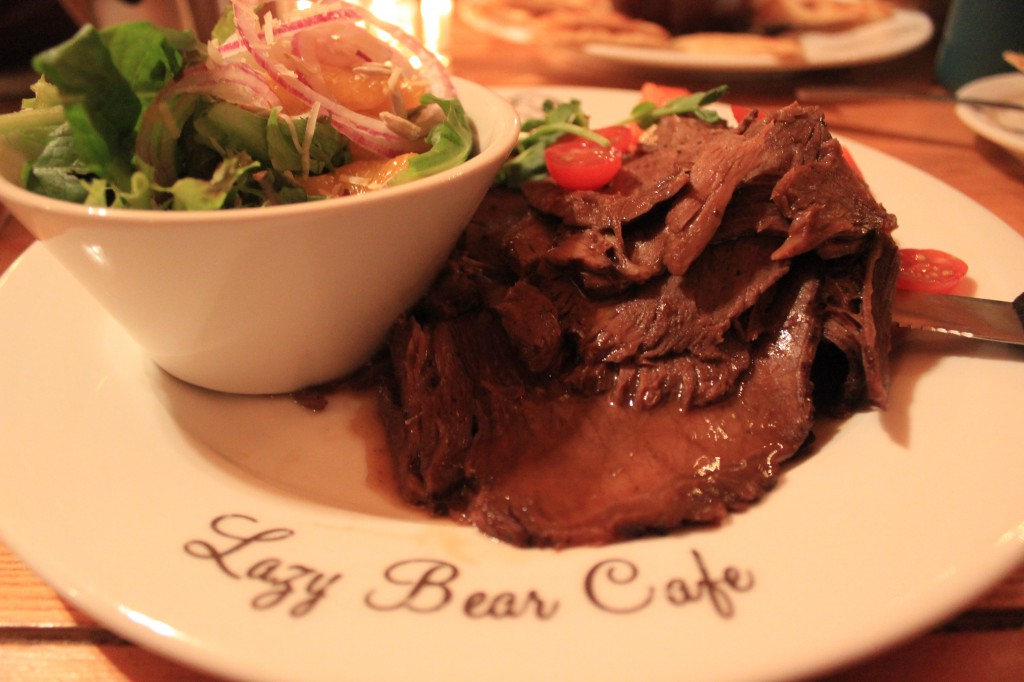 The delicious food served at the Lazy Bear Cafe.

Ashley Castle is a writer and blogger with a focus on experiential, transformational travel. She traveled to Manitoba to engage with locals – and local wildlife – with USTOA Active Member Tauck in November and captured her experiences here on the USTOA blog as well as AFAR.com,  and her own Facebook , Twitter and Instagram accounts.