There is a myth that group travel sets you apart from local experiences. Tucked away in air-conditioned buses and luxury hotels, travellers are distanced from the country they are visiting. However, on my recent tour of Egypt with Abercrombie & Kent, coming in contact with passionate locals was one of the highlights of my trip.

The local experience began as soon as I set foot in Cairo Airport. Three members of Abercrombie & Kent greeted me at the gate and immediately welcomed me ‘home.’ The legendary Egyptian hospitality was in full force as they whisked me through customs to the waiting car.

While many tour operators hire internationally, the A&K team in Egypt are all Egyptian, and all of them are happy to offer perspectives on their country. Their local knowledge is vast and no topic ever felt off limits. 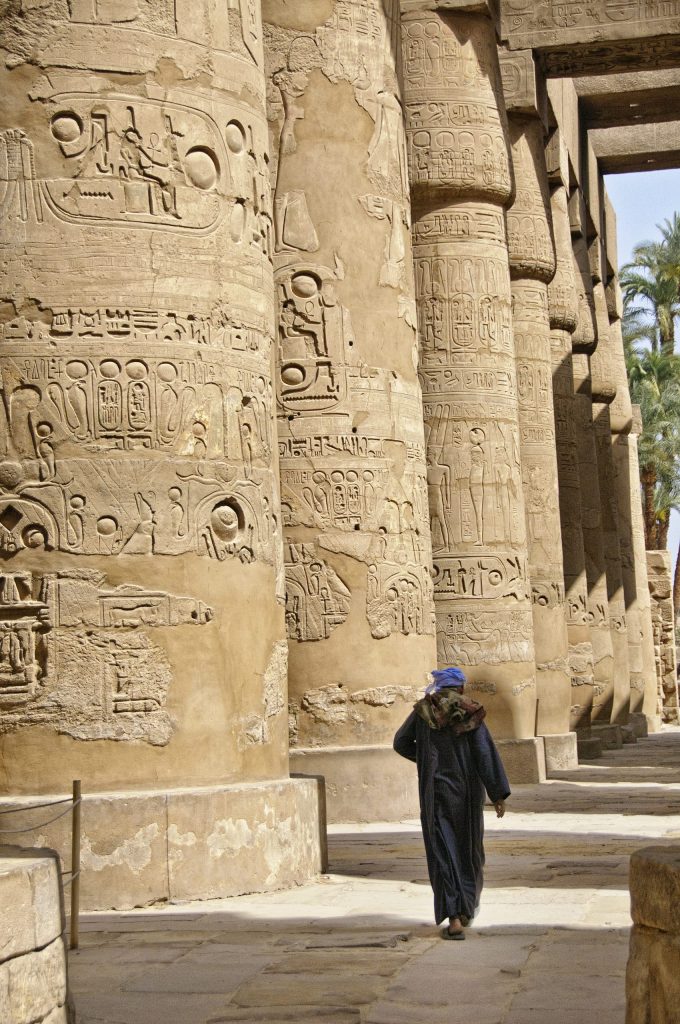 Egypt’s rich and timeless history is one of the main reasons it tops many travellers’ ‘must visit’ list. There are countless sites to explore, from temples to tombs, to the vast collections of the Museum of Egyptian Antiquities. While they are all fascinating, it can be easy to lose sight of their importance and local context, without the help of a trained Egyptologist. 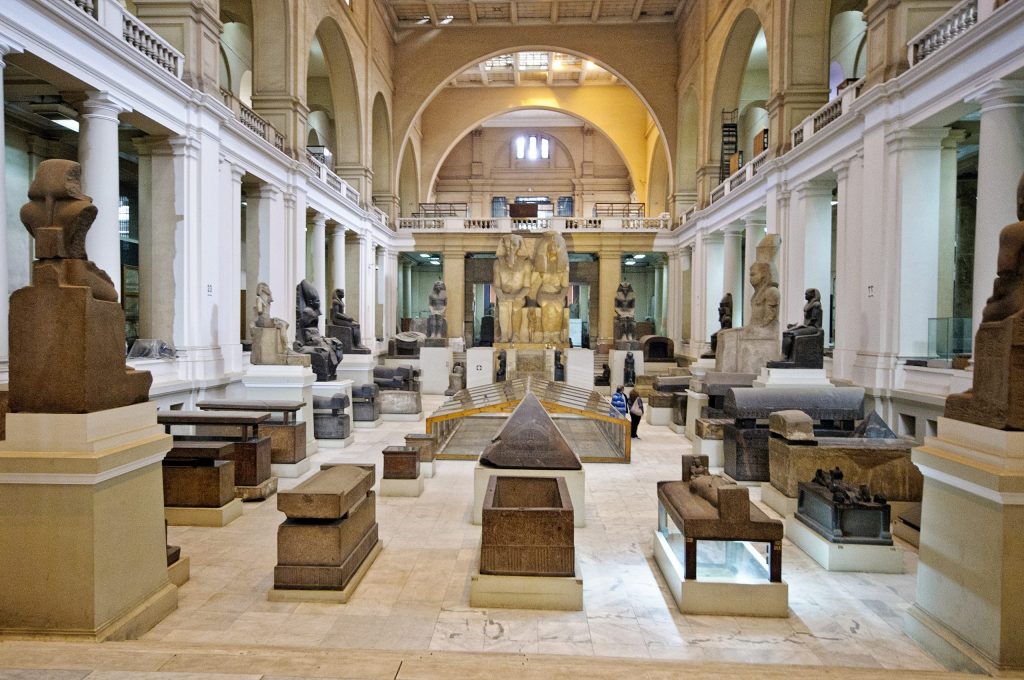 Abercrombie & Kent’s guides have an encyclopedic knowledge of Egyptian history. But, unlike some guides, who spew facts and figures without context, A&K’s Egyptologists share their passion for history and bring it to life. 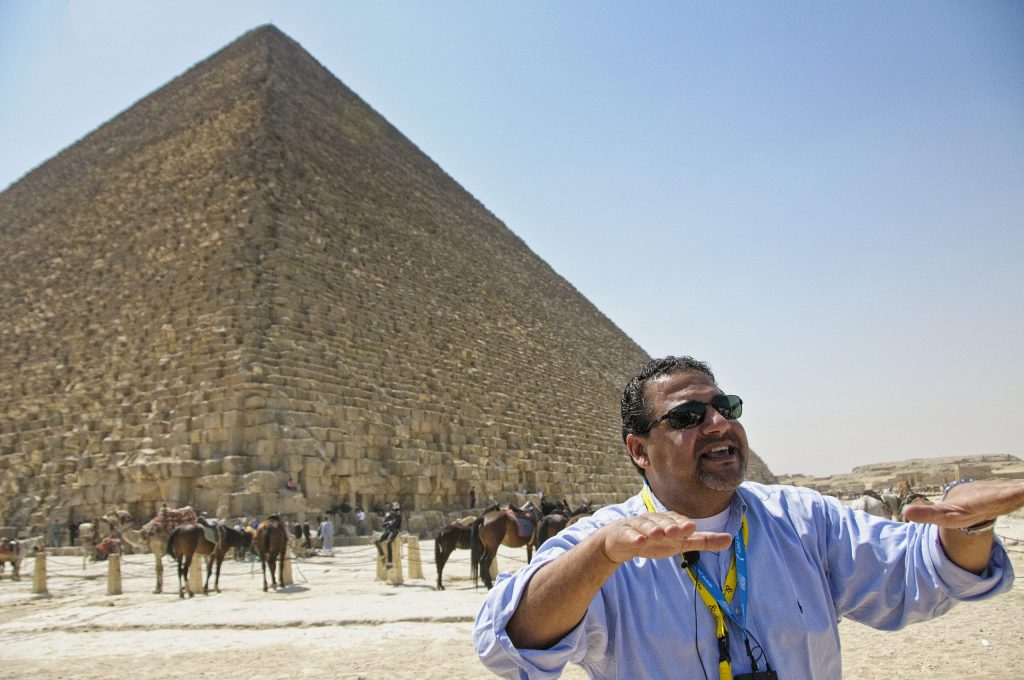 I was fortunate to have Mohamed Osama as my A&K guide in Egypt. Mohamed’s face lit up each time he told us a story about a particular tomb or temple. His anecdotes about the past kings and queens, and his passion for the artistry and ingenuity of the artisans, who built these masterpieces, transported me back in time and gave me a deeper understanding of Egypt’s fascinating history. 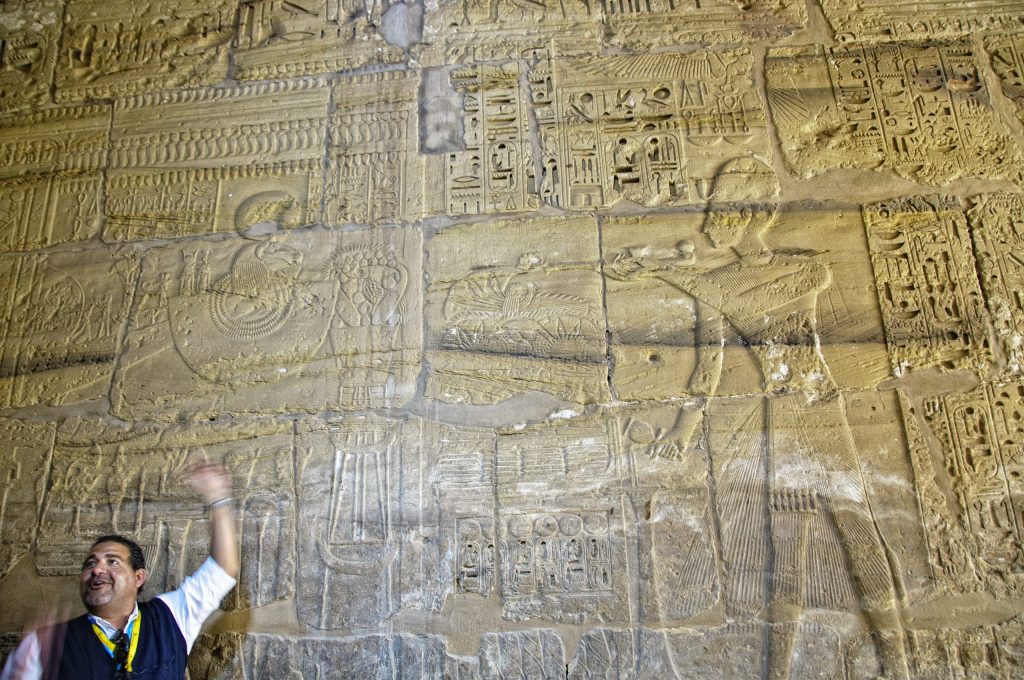 The A&K team members certainly weren’t the only locals I encountered in Egypt. I had the chance to interact with people from dramatically different spheres of society.

During my tour, A&K organised a dinner with guest speaker, Mona Makram-Ebeid, one of Egypt’s most influential women. Despite her established career in politics and academia, she answered our questions with patience, candor and a touch of humor, helping us to understand the complex political situation in Egypt today. 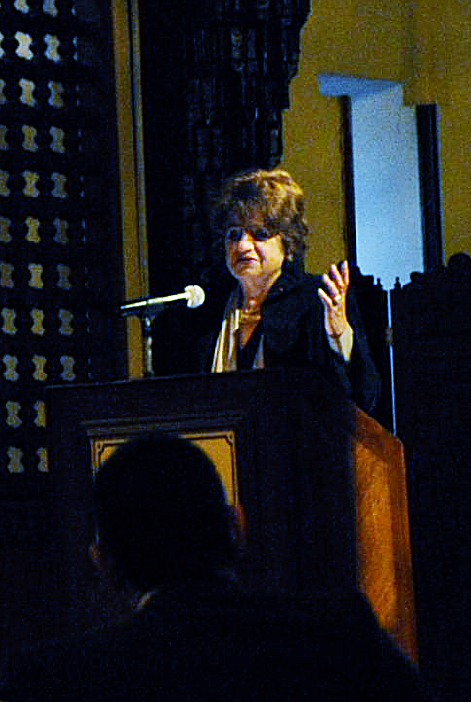 A powerful advocate of women’s rights in Egypt, Makram-Ebeid explained how young people and particularly women fueled the revolution. “Women are ready to resist,” she told us. “And I believe that in the next elections they will participate, forcefully so, and they will not sit back and wait to be given that right; they will take it.”

She also explained how dramatically Egypt has changed over the past 40 years. People used to be afraid to speak out in public, she told us. Now everyone is ready to share his or her opinion. Indeed, after her talk, the Egyptians at our table immediately began to discuss their thoughts on what Makram-Ebeid had to say. By the evening, I had a deeper understanding and respect for what the people of Egypt have experienced over the past few years, and what their hopes are for the future.

At the other end of the spectrum, our group had the opportunity to interact with the young students of a carpet school in Sakkara. 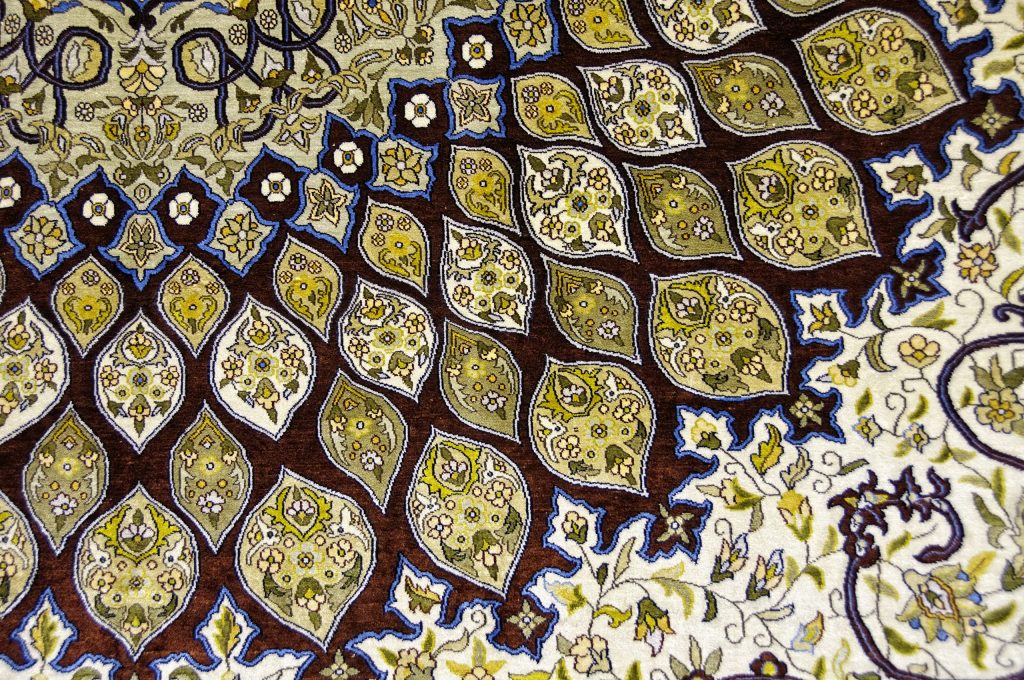 In addition to learning to read and write, children here learn the ancient art of carpet making, for several hours each day. Their education gives them the opportunity to stay in their town and earn a good wage for a skilled trade, or continue their schooling elsewhere. 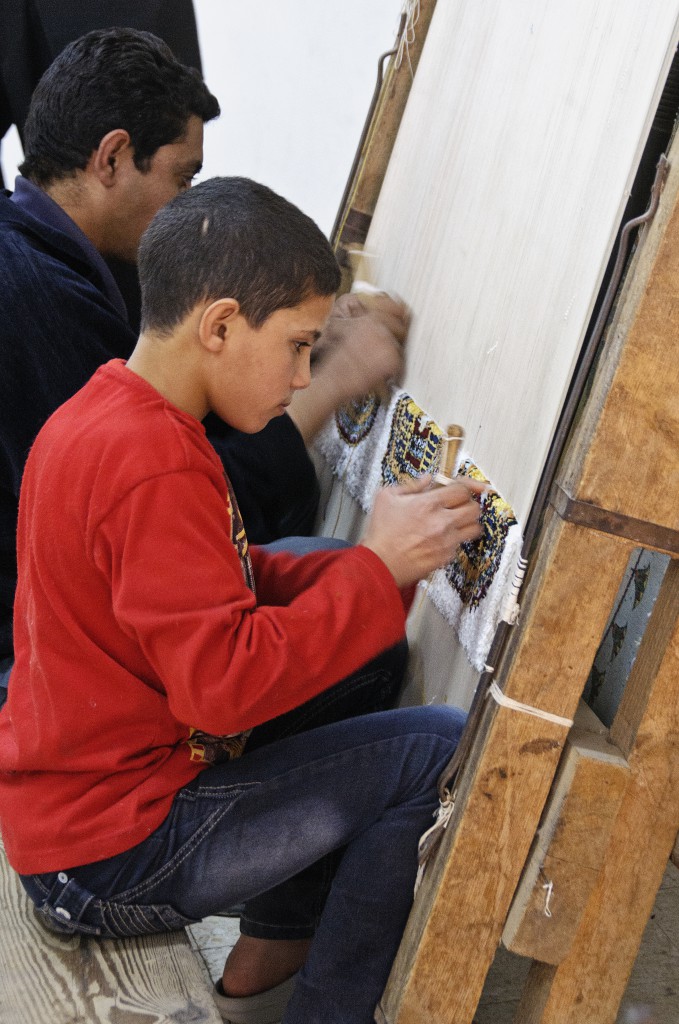 They were all smiles when showing us how they create these beautiful carpets from delicate silk thread. The speed and precision of their fingers as they knot the colourful carpets is hard to believe and mesmerising to watch.

These types of experiences would be difficult to have in Egypt, as a solo traveller. Touring with Abercrombie & Kent offers visitors the unique opportunity to experience Egypt in comfort, while engaging with locals who are excited to share their country with visitors. I can’t wait to be welcomed ‘home’ in Egypt again.

Alison Cornford-Matheson is a Canadian freelance writer and travel photographer and the founder of Cheeseweb.eu, a resource for expats, locals, and travellers in Belgium. She landed in Belgium in 2005 and became passionate about this quirky little country. She is an AFAR Ambassador and founding member of the PTBA. She is obsessed with travel, food, and local experiences. You can follow her on Google+, on Twitter as @Acornn, on Pintrest or check out her Facebook Page. See more highlights from Alison’s trip at AFAR.com.

“Have you ever been to South Africa?”

“But then you have not been to South Africa.”

It is a familiar exchange. The response is often given to people who have not visited South Africa since 1994 – the year of the nation’s liberation. Or 2010, the year of the FIFA World Cup with all of its infrastructure mega-projects to support the mega-event.

For this reason, South Africa has become one of the most exciting places to not just visit, but to return to. Especially now, as the nation celebrates its 20th year of democracy. There could be no better time to see, and feel, South Africa, and the people of this so often misunderstood and overlooked destination.

Making appearances on Top 10 lists of travelers across the globe – bucket lists, lists of places to see before you die, lists defining you have not lived until you have been, lists of the world’s best – South Africa has become a “must see” destination. With the ideal array of travel choices and combinations, from the “Big 5” of Kruger National Park, to the finest offerings from breathtaking Cape Town with its iconic Table Mountain and Robben Island sites and sensations not to mention its stunning cliffs and coastline and the Cape Winelands, the funky vibes of Jozi’s city rhythm and beat, the majestic peaks of the Drakensberg Mountains and warm waters of the Indian ocean gliding onto the sandy beaches all home within KZN – the Zulu Kingdom, South Africa is beyond compare. Picture perfect, perfect value, lifetimes of stories to share and memories to hold dear. Its natural beauty is breathtaking. Its playground of things to see and do is beyond all wish lists.

Similarly offering a rich array of travel offerings, history-making Egypt is truly timeless. Top of “must see” lists of millions of travelers across the globe, the opportunity to directly experience the site of the Great Pyramid and legendary Sphinx of Giza, the legendary Valley of the Kings and Tomb of Tutankhamun, the Karnak and Luxor Temple, and cruising along the Nile, continue to excite the imaginations of travelers.

The desire to visit now, however, has sadly been put on hold as a result of political changes that have been underway in the country over recent past. A necessary change in systems and ideologies, as was the case in South Africa, the “new Egypt” has been making history once more. And, as the future unfolds for this nation, one that, like South Africa, recognizes the critical role of tourism to the social and economic wellbeing of all people that depend on tourism, and tourists, for their jobs and future opportunity, Egypt is starting to make inroads to bring tourism back. The country is “open for business,” ready to host travelers from the Red Sea to the great historical ruins. As travelers arrive, they find their ability to realize their dreams a quest fulfilled. As always, the Egyptian people are welcoming, embracing, and proudly sharing of all that their country has to offer tourists.

Across the globe, no destination stands still. As people and societies advance, so too do their offerings to tourists. South Africa and Egypt stand tall today as two destinations reflective of the joy of not just visiting, but revisiting – seeing and feeling all of the energy, excitement and joy of changes, for the better for all.

And it is why travelers continue to dream of coming back once more to rediscover these destinations.

A noted author, Mendiratta’s recent book, “Come Closer: How Tourism is Shaping the Future of Nations,” released in March 2011, was nominated for the Financial Times 2011 Business Book of the Year Award. She is a strategic advisor to CNN International in tourism and economic development, a lead consultant of CNN’s T.A.S.K. (Tourism Advertising Solutions and Knowledge) Group, and an advisor to the World Bank and the United Nations World Tourism Organization.