This June, Trafalgar took a group of travelers across Tennessee, Mississippi, and Louisiana to experience the ‘Tastes and Sounds of the South’. Visiting Nashville, Memphis, Natchez and New Orleans, our schedule was packed to the gills with a mix of not-to-be-missed sights and intimate, one-of-a-kind experiences.

Food and Music of course were our constant travel companions. We sampled enormous amounts of decadent local foods at every turn, and at the end of the trip, in New Orleans, we even learned to prepare some gumbo, jambalaya and pralines ourselves. Ultimately though, it was the rock‘n soul, that connected me most deeply with the places we visited. 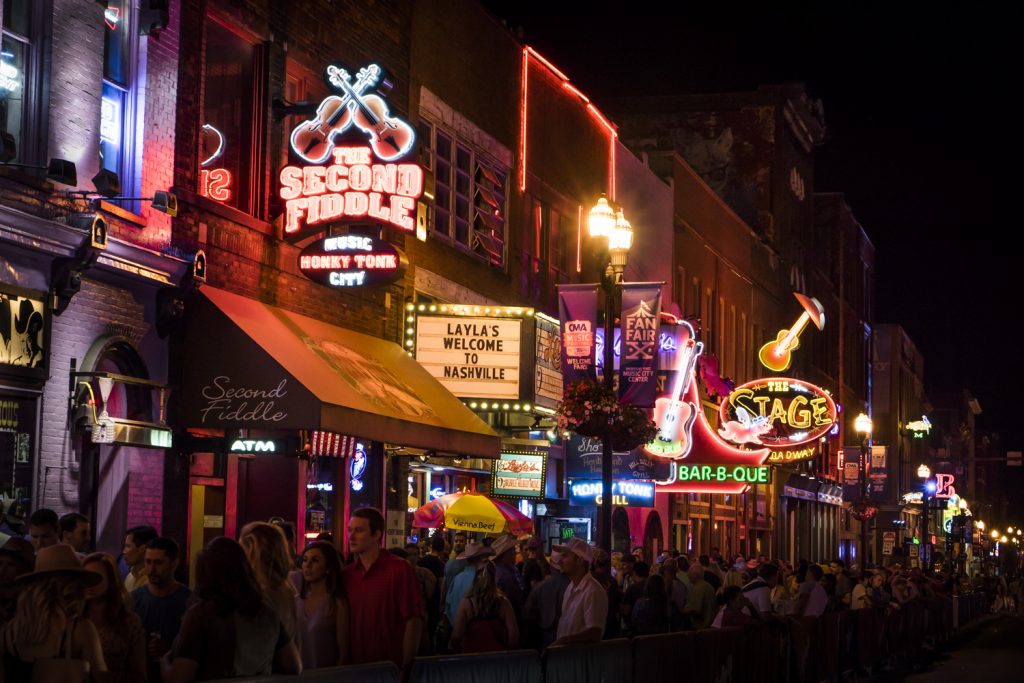 Nashville’s Broadway, with live music performances behind every door

Not quite an ardent fan of country music, I was determined to keep an open mind and ear when we began our journey in Nashville. The massive CMA Music Festival was in full swing, with literally hundreds of artists performing all over town. Bands played everywhere, the entire place teeming with live music. It was impossible not to get swept up in the country music excitement. 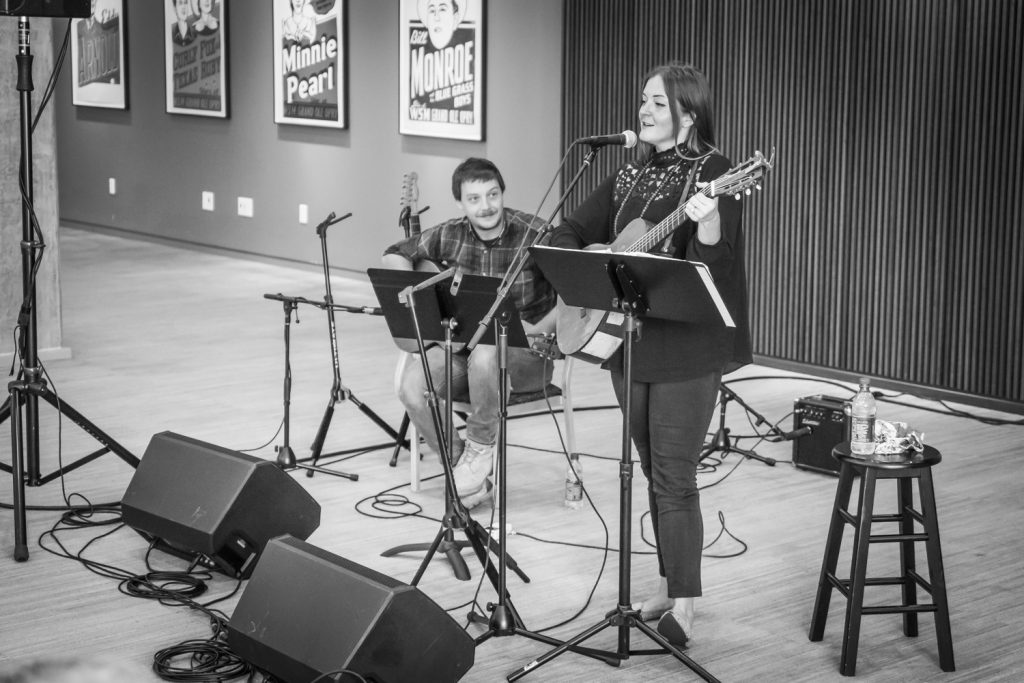 It’s in the Genes

One of the most beautiful and memorable introductions to Nashville’s music scene however, was a private concert by Chelsea Crowell, who is one of the granddaughters of country legend Johnny Cash. Chelsea, accompanied by her husband, sang, played music, and talked at length about her rebellious grandfather. She even obliged us with a shaky rendering of ‘Walk The Line’, adding with a laugh, that it clearly wasn’t a song of his meant to be ‘passed on’. 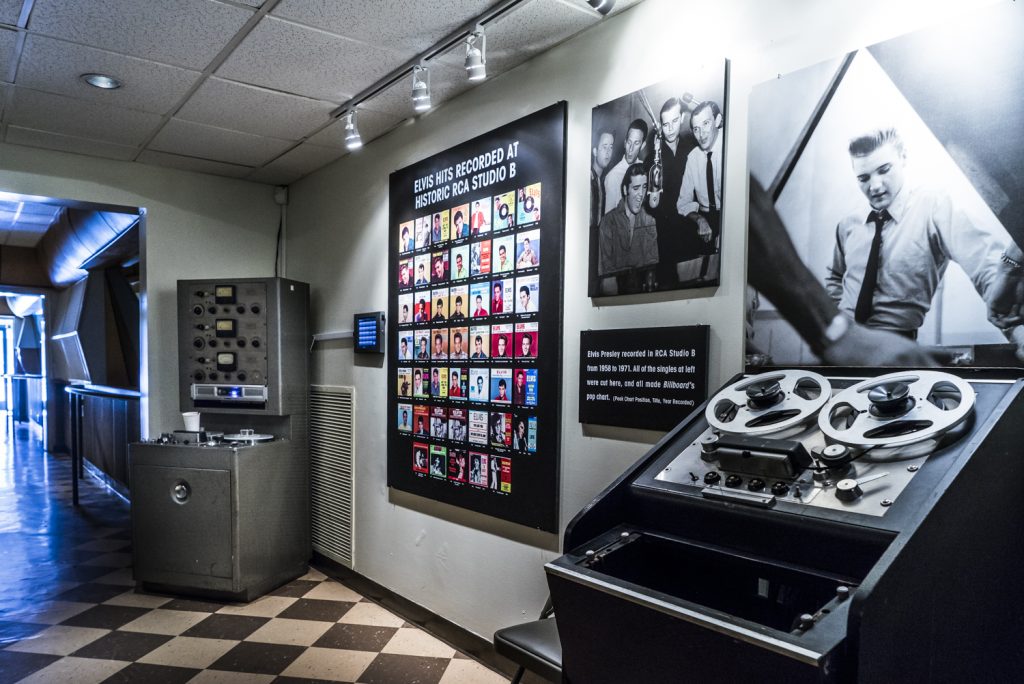 It’s Not About Size

After Chelsea’s performance, it was time for more history. We made our way to Studio B, a small recording studio that became famous in the 60s for playing a huge part in creating the Nashville Sound. Dolly Parton, Elvis Presley, Roy Orbison, Willie Nelson, and many others recorded over 35,000 songs here. Stepping inside the single-story building was like stepping back in time. Little has changed since the studio closed its doors in August 1977, coincidentally the same month Elvis Presley died. His presence was felt by all of us, when guide Brenda played us the haunting ‘Are you Lonesome Tonight’ in the darkened studio. Elvis has not left the building.

Of course, I also walked the vast Country Music Hall of Fame and visited Graceland, but thinking back on the early days of our trip, it was the intimate moments, connecting with Johnny Cash’s granddaughter and listening to Brenda’s stories at Studio B, that forged a true connection and made me feel Nashvillian, just a little. 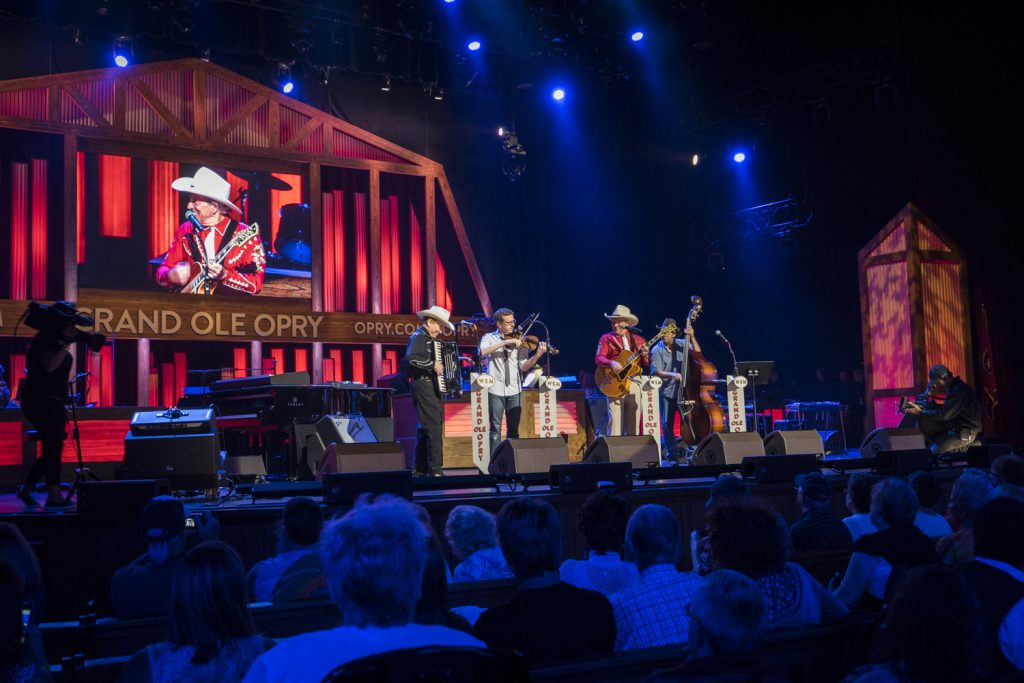 On our last night in Nashville, we went to the Grand Ole Opry, a spectacular weekly country music concert that is broadcast live on the radio for listeners all over the world. We had the best seats in the house (thank you Trafalgar!). The performances were first class, and the radio format with real advertisements read out during the intervals, curious and fun.

The final verdict? Music City delivered, and I got my ears tuned for good!