My plane landed on a warm and humid evening, the ocean’s fog in combat with light, city-smog. I’ll admit I didn’t know much about Lima, but after a few days of guided, local experiences led by USTOA tour operator Travcoa, I fell in love with Lima’s charm. It’s an inviting city and one with ample signs of growth: western billboards line the streets, luxury automobiles cruise the streets and construction projects emerging EVERYWHERE. I found it to be an exciting city that is finding a fantastic balance between old-world charm and new-world comforts. It is a city of contrasts, inviting locals and there is so much to explore.

On our first day in Lima, we first started the day at the vibrant Mercado de Surquillo in south-central Lima.  As we entered we were stopped in our tracks by a plethora of unrecognizable fruits and with help from our local Prom Peru guide a vendor let us sample some: the custard apple, the yellow dragon fruit and the lucuma – with a texture akin to pumpkin but a flavor that resembled maple syrup! After our healthy fruit-filled tour of the market, we headed towards Señoria de Sulco in the Miraflores district of Lima where a cocktail and cooking demonstration awaited us. We were introduced to the head bartender who had the ingredients of Peru’s best known cocktail, the Pisco Sour, displayed in front of him. The bartender began to masterfully exhibit the process of making a Pisco Sour. Its ingredients are few: pisco (a grape derived alcohol), lime juice, simple syrup, egg white, and a drop of bitters. The result was a very refreshing cocktail that is reminiscent of a margarita. Following the Pisco Sour lesson, we moved downstairs to watch a ceviche demonstration. Ceviche with its unadulterated simplicity, has always been one of my favorite meals. The chef chose sole, a mild white fish, and after mixing in a few other ingredients had crafted a light dish bursting with citrus and seafood flavors, all with a subtle underlying heat. It was some of the freshest and most well prepared ceviche I have ever had. 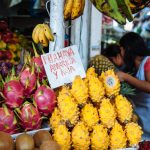 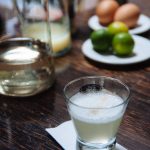 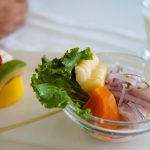 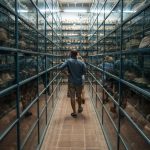 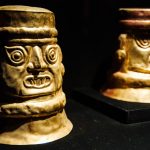 The following morning our group toured the incredible San Francisco Church in central Lima. The church and attached convent grounds provide enough material for hours of exploring. As you enter the church’s grounds, you notice the stone façade towering over the entrance. On the day we visited a group of school children waited in line to tour the church while they whooped in glee as a group of pigeons confusingly flew laps in front of the church’s towers. Tucked away in the churches depths we were led through the catacombs which were only discovered in 1951. The eerie tour takes you through winding tunnels underneath the church where you can see the human remains of an estimated 70,000 thousand people – very spooky as many of the remains are arranged into patterns or designs. Despite the catacombs, the church is architecturally stunning and I recommend visiting earlier in the day when the grounds are still quiet and you can walk through the vaulted ceilings and columns undisturbed. 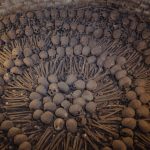 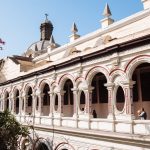 One of our final activities in Lima was a visit to Hacienda Mamacona, a family run hacienda that offers guests a rewarding look into Peruvian traditions and culture. Once we arrived at Hacienda Mamacona we were given a frosty Pisco Sour then led to our seats near the performance arena. The host formally welcomed everyone in attendance then we watched the “Dance of the Devils,” a Peruvian folklore dance where a group of masked performers engaged in funny and quirky pantomimes. Next, we were introduced to the unique and indigenous Peruvian Paso horse. Through a series of routines, the Paso horse displayed its’ prized gait – one that is so smooth riders often hold a glass of liquid which will not spill. After the horses paraded around the ring a few times, Peruvian folk dancers came out and graced the ring with their elegant costumes and even more elegant movements. Finally, in an incredible display of skill, the Paso Horse “danced” with a female folk dancer, and even though they weren’t hand-in-hand the horse’s ability to mirror the woman’s movements was astounding. 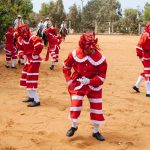 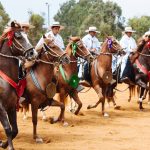 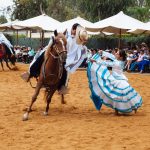 We left Lima for a short time only to return for one last day, and for me (and I believe the rest of the group) that wasn’t enough. I was impressed by the city and truly wanted to explore more; I felt as if I had only began to see what this city offered. Lima’s pulsating energy was irresistible and once you’ve experienced some of its hospitality and charisma you will definitely crave more!

Colin Roohan is a travel photographer interested in documenting experiences with culture and life. In addition to his work with AFAR, Colin has been published in Travel + Leisure, The Royal Geographical Society’s Hidden Journeys, and Groove Magazine, amongst others. In addition to journalistic pursuits, Colin captures portraits and documents events around Southern California. Hear more about his journey to Peru at AFAR.com.

Cuba has been a forbidden fruit for Americans for years, and with the recent loosening of travel restrictions, demand for the predominately untouched island continues to soar. Join Kelley Ferro, travel expert, video journalist and contributor to Tripfilms.com, on her search to discover the real Cuba and experience the Cuban passion for life. With the help of USTOA Associate Member Cuba Travel Services, Kelley explored Havana, met local artists and students, savored fresh and local dishes, and drove around in a legendary 1950’s Thunderbird.

Enjoy the Art & Architecture in Cuba