“Have you ever been to South Africa?”

“But then you have not been to South Africa.”

It is a familiar exchange. The response is often given to people who have not visited South Africa since 1994 – the year of the nation’s liberation. Or 2010, the year of the FIFA World Cup with all of its infrastructure mega-projects to support the mega-event.

For this reason, South Africa has become one of the most exciting places to not just visit, but to return to. Especially now, as the nation celebrates its 20th year of democracy. There could be no better time to see, and feel, South Africa, and the people of this so often misunderstood and overlooked destination.

Making appearances on Top 10 lists of travelers across the globe – bucket lists, lists of places to see before you die, lists defining you have not lived until you have been, lists of the world’s best – South Africa has become a “must see” destination. With the ideal array of travel choices and combinations, from the “Big 5” of Kruger National Park, to the finest offerings from breathtaking Cape Town with its iconic Table Mountain and Robben Island sites and sensations not to mention its stunning cliffs and coastline and the Cape Winelands, the funky vibes of Jozi’s city rhythm and beat, the majestic peaks of the Drakensberg Mountains and warm waters of the Indian ocean gliding onto the sandy beaches all home within KZN – the Zulu Kingdom, South Africa is beyond compare. Picture perfect, perfect value, lifetimes of stories to share and memories to hold dear. Its natural beauty is breathtaking. Its playground of things to see and do is beyond all wish lists.

Similarly offering a rich array of travel offerings, history-making Egypt is truly timeless. Top of “must see” lists of millions of travelers across the globe, the opportunity to directly experience the site of the Great Pyramid and legendary Sphinx of Giza, the legendary Valley of the Kings and Tomb of Tutankhamun, the Karnak and Luxor Temple, and cruising along the Nile, continue to excite the imaginations of travelers.

The desire to visit now, however, has sadly been put on hold as a result of political changes that have been underway in the country over recent past. A necessary change in systems and ideologies, as was the case in South Africa, the “new Egypt” has been making history once more. And, as the future unfolds for this nation, one that, like South Africa, recognizes the critical role of tourism to the social and economic wellbeing of all people that depend on tourism, and tourists, for their jobs and future opportunity, Egypt is starting to make inroads to bring tourism back. The country is “open for business,” ready to host travelers from the Red Sea to the great historical ruins. As travelers arrive, they find their ability to realize their dreams a quest fulfilled. As always, the Egyptian people are welcoming, embracing, and proudly sharing of all that their country has to offer tourists.

Across the globe, no destination stands still. As people and societies advance, so too do their offerings to tourists. South Africa and Egypt stand tall today as two destinations reflective of the joy of not just visiting, but revisiting – seeing and feeling all of the energy, excitement and joy of changes, for the better for all.

And it is why travelers continue to dream of coming back once more to rediscover these destinations.

A noted author, Mendiratta’s recent book, “Come Closer: How Tourism is Shaping the Future of Nations,” released in March 2011, was nominated for the Financial Times 2011 Business Book of the Year Award. She is a strategic advisor to CNN International in tourism and economic development, a lead consultant of CNN’s T.A.S.K. (Tourism Advertising Solutions and Knowledge) Group, and an advisor to the World Bank and the United Nations World Tourism Organization.

Welcome to USTOA’s first-ever blog, “Travel Together.”  For more than 40 years, the United States Tour Operators Association has served as the voice of the tour operator industry, providing education and information to consumers and travel agents as well as an unparalleled level of consumer protection through adherence to the industry’s highest standards and the USTOA $1 Million Travelers Assistance Program.

We’ve embarked on a remarkable journey to share the rich and engaging experiences enjoyed by the more than 6.5 million people who travetl with our members each year.  USTOA’s Travel Together blog will bring readers “up close and personal” with people and experiences that will amaze and awe…such as learning to weave a carpet with Egyptian artisans; witnessing how polar bears prepare for winter with a naturalist in Churchill, Manitoba; creating glass beads from recycled bottles with artists at the Madilika Craft Centre in Newington Gate, South Africa, among many more. 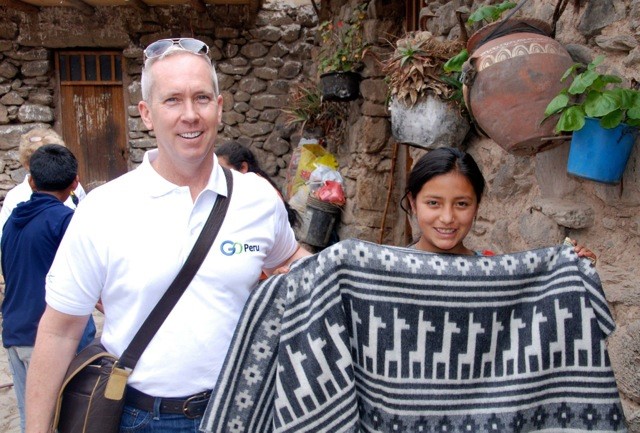 The Travel Together blog will welcome contributors from AFAR magazine, the experiential travel guide, and Tripfilms, the travel video channel created by real travelers for real travelers.  Teams from each media partner will write about the extraordinary opportunities to meet and engage with locals in each destination visited with USTOA members, including Egypt, South Africa, Australia’s Northern Territories,  Manitoba, Croatia, Taiwan and Colombia.

Traveling with and as guests of our tour operator members, the contributors will share their experiences as well as those of their fellow travelers.  That is really the heart and soul of Travel Together…experiences that are shared with travel companions as well as the native people met in the local markets, restaurants, museums, sites, and attractions visited.  Each affords visitors the opportunity to “live like a local,” to see, taste, and smell local culture, cuisine, arts, handicrafts and more.

From time to time, Travel Together will also feature guest bloggers from other fields in the travel industry who will contribute timely tips, global viewpoints and trend pieces.

So, welcome…we hope you enjoy the journey with us.

Matt Harding sat down with Mike Sacks from Huffington Post Live to discuss his partnership with USTOA, why he travels and where his famous dance came from.

“Matt Harding gained worldwide fame for his viral video series ‘Where The Hell Is Matt?’ He’s now teamed up with the United States Tour Operators Association to join groups of US travelers as they explore the world together.”

Dancing Matt and the United States Tour Operators Association (USTOA) invite you to dance as they share the joy of traveling around the world.

From Chile to Korea, Alaska to Australia’s Northern Territory, France, Ireland, and Tanzania to Malaysia and Coney Island, viral video sensation Matt danced with American travelers at iconic locations in each. The video celebrates the rich experiences of traveling together with the tour operator members of USTOA.

Visit http://ustoa.com/dancingwit… and you’ll find details about traveling to the same countries with the same companies Matt and his dance partners traveled with, as well as the ability to find your dream vacation.